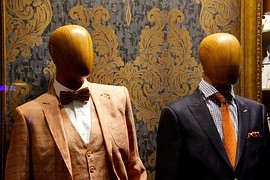 Eurovision season is only weeks away, and it is looking increasingly likely that Russia will win the 2016 contest.

Bookmakers have given Russia’s entry, Sergey Lasarev with his song You Are The Only One, very short odds of 7/4. The next best bets are the Sweden, this year’s reigning champions and hosts, and Australia.

Gay fans are fearing for their safety if Russia are the hosts in 2017, as is customary for the winners of the previous contest. Russia enforces a ‘gay propaganda’ law that arrests and fines LGBTI people for acts authorities consider to be a ‘promotion of homosexuality’. This can range from anything to holding hands with a same-sex partner in public to flying a rainbow flag as a protest for LGBTI rights.

When they hosted the Sochi Winter Olympics in 2014, several LGBTI spectators were arrested and fined.

Gay Star News put a series of questions to Eurovision.

-GSN: If Russia does win this year, will they be allowed to host Eurovision?
‘In accordance with the Rules of the Eurovision Song Contest, the winning broadcaster will be offered the first opportunity to host the event next year,’ the Eurovision spokesperson said.

-Considering LGBT people were arrested when Russia hosted the Sochi Olympics, is Eurovision concerned about guaranteeing the safety of organizers, the acts and spectators?
‘As organizers, the safety and security of participants, fans, press and staff attending the event is our highest priority. For several years it has been standard policy to require from the host country a signed declaration confirming that they will guarantee their safety during the event.’

-If Russia did host, would Eurovision be opposed to performances featuring same-sex kisses or showing LGBTI symbols as an act of protest/celebration?
‘In accordance with the Rules of the Eurovision Song Contest, using the event as platform for political messages is not allowed and should at all times be suitable family television in all participating countries. A good example was Finland’s performance in 2013, which featured a same-sex kiss, was in line with the Rules and was not opposed by any of the participating broadcasters.’

-Would Eurovision encourage Russia to suspend the ‘gay propaganda’ law during the week in exchange for hosting?
‘We cannot provide comments on speculative situations however as outlined above, the safety of all attending the event remains the highest priority.’